Wales 2022 tour of South Africa - Everything you should know 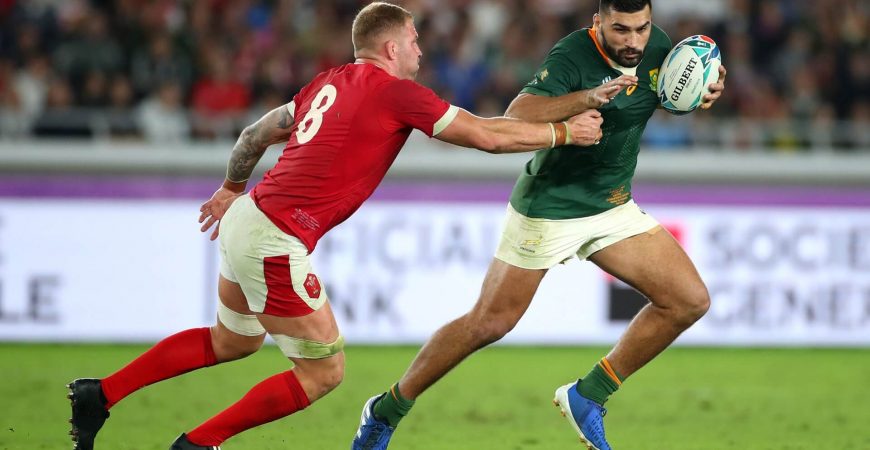 A successful series in South Africa would be the perfect tonic for a Wales side that finished in a disappointing fifth place in the Guinness Six Nations. What success looks like depends on who you are talking to, but one thing is irrefutable – the size of the task is huge. Wales and South Africa have faced each other 37 times to date with the first encounter taking place in Swansea in 1906. The two sides’ last fixture was during the 2021 Autumn Nations Series where Wales were narrowly defeated 23-18 at Principality Stadium.

When and where are the tests?

The iconic Loftus Versfeld in Pretoria will stage the opening test on Saturday 2 July. From there Wayne Pivac’s squad will head to the Toyota Stadium in Bloemfontein on 9 July before rounding off the series at DHL Stadium in Cape Town on Saturday 16 July.

Is there much history between the teams?

Only 116 years! South Africa won 11-0 when the teams met for the very first time in St Helen’s, Swansea in 1906. The first five tests were played on Welsh soil with Wales visiting South Africa for the first time in 1964. The Springboks extended their winning run over Wales to six matches with what was a then-record 24-3 win at Kings Park in Durban. Wales had to wait until 1999 before claiming their first victory over the Springboks, as the newly-opened Millennium Stadium hosted its first fixture What made the 29-19 win all the more remarkable was the fact South Africa had beaten Wales 96-13 almost exactly a year before.

The South Africa v Wales fixture was also the first of the professional era, coming barely a couple of months after South Africa had lifted the Webb Ellis Cup in 1995 in front of their own supporters.

What about at the Rugby World Cup?

It will be the first time Wales will have toured South Africa since 2014 when they were agonisingly denied a famous first test victory in the country after conceding a late penalty try, Tries from Jamie Roberts and Alex Cuthbert had put Wales in control in Nelspruit but two yellow cards halted their momentum and the Springboks came back to edge the contest 31-30. Wales had not been behind in the game at the Mbombela Stadium until that moment, two minutes from time.

Who holds the upper hand overall?

Wales have never beaten the Springboks in South Africa and trail in the overall head-to-head with only six wins to the Springboks’ 30, but don’t be fooled into thinking this is a one-sided contest. In recent times, the teams have been involved in some titanic struggles, with Wales winning four on the bounce (2016 to 2018) in between two narrow Rugby World Cup knockout defeats in England and Japan. In fact, the winning margin has been in single figures in the last five meetings, with an average of just four points between the teams in that time.

Which Wales players toured there with the Lions in 2021?

Josh Adams, Dan Biggar, Gareth Davies, Louis Rees-Zammit and Liam Williams were selected in the backs and Adam Beard, Talupe Faletau, Alun Wyn Jones, Wyn Jones, Josh Navidi and Ken Owens in the forwards. Beard and Navidi were called up after injuries to Alun Wyn Jones and Justin Tipuric. Tipuric never made the plane but Jones, the tour captain, made a remarkable recovery from shoulder surgery to belatedly feature in South Africa.

Contact us on +27 (0)82 466 4122 or bookings@belugahospitality.co.za to reserve your VIP hospitality packages! Alternatively make a booking on the link below.