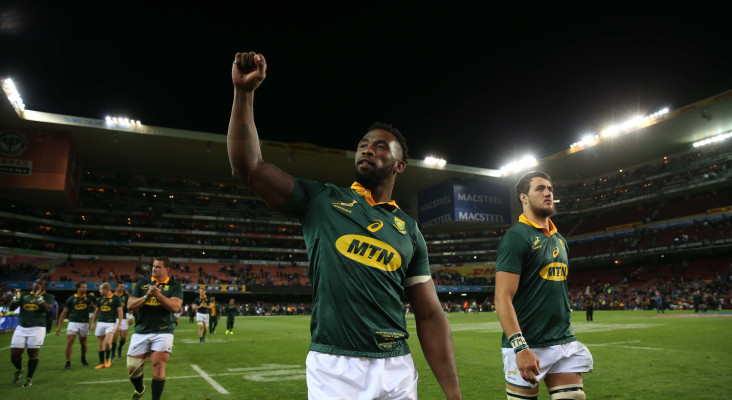 Flanker Siya Kolisi will become South Africa's first black Test captain in the three-match series against England next month. The 26-year-old - who has played 28 international Tests - replaces the injured Warren Whiteley as captain.

The Springboks flanker has been appointed skipper by Rassie Erasmus for the three-Test series against England, while Pieter-Steph du Toit will lead the team against Wales in Washington on 2 June.

Erasmus has also recalled five overseas-based players for the upcoming Tests – Sale Sharks scrum-half Faf de Klerk, Wasps full-back Willie le Roux, Montpellier hooker Bismarck du Plessis and centre Frans Steyn, and Toulon No 8 Duane Vermeulen. In all, Erasmus has selected a squad of 43, which includes 17 uncapped players. Twenty six of those players have travelled to Washington to prepare for the Wales Test while the remainder of the squad – bar du Plessis and Steyn, who are involved in this weekend’s Top 14 final – are training in Johannesburg ahead of the England series.

This is the 43-man South Africa squad for their four June Tests:

Contact us on 087 985 0635 or email bookings@belugahospitality.co.za to book your VIP hospitality tickets for the upcoming test matches at Emirates Airline Park & DHL Newlands.