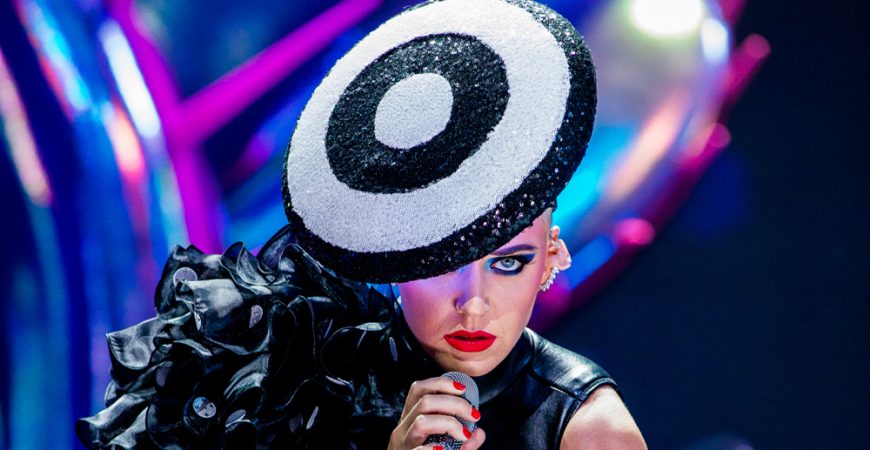 Katy Perry will be in South Africa on 18 to 20 July 2018, as part of her Witness album world tour. Perry, will be performing in South Africa at the TicketPro Dome, after several other concerts in some 25 countries, including her native United States. With Witness, Katy finds liberation, in the changes in her own life and in the world around her, delivering songs that inspire both thought and movement.

Perry’s tour has received rave reviews with the New York Times describing her as “confident and adept onstage as she’s ever been”. Some of the singles released in her Witness album includes Bon Appétit featuring Migos and Swish Swish featuring Nicki Minaj.

The singles released thus far – the Platinum-certified Chained to the Rhythm featuring Skip Marley, and the singles, Bon Appétit featuring Migos and Swish Swish featuring Nicki Minaj – hint at the breadth of the musical and thematic elements found on Witness.

WITNESS: The Tour is an imaginative trip from outer-space to inner-space, from the planets to the bottom of our oceans, and a musical journey through Katy Perry’s biggest milestones and mega-hits right up to her latest album.

The dramatically original staging means that there isn’t a bad seat in the house, when Katy brings out her band and dancers, along with all the bells and whistles. Here is a sneak peak at the amazing stage design for one of her concerts on WITNESS: The Tour late last year in the United States.

Contact us on +27 (0)82 466 4122 or bookings@belugahospitality.co.za to book your hospitality tickets for this spectacular live concert on the 18th & 21st of July 2018 at the TicketPro Dome in Johannesburg.