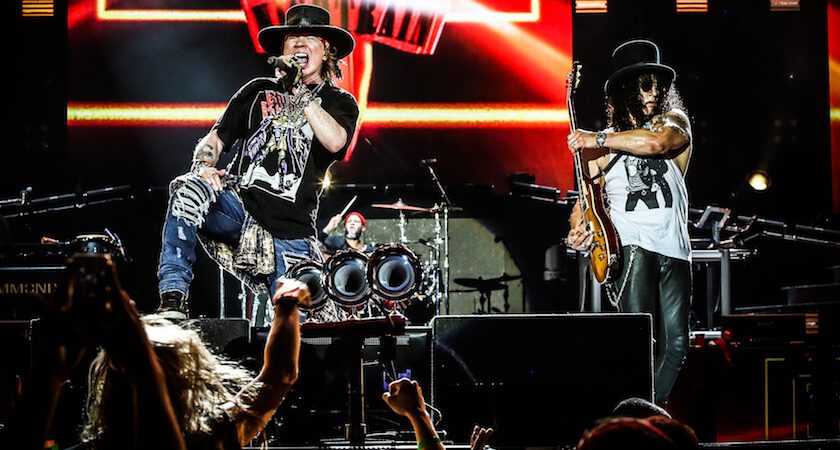 For the first time in the history of Guns N’ Roses, the international rock icons will perform one show only in South Africa at the world renowned FNB Stadium in Johannesburg on the 29th of November 2018.

Guns N’ Roses and their unstoppable and massively successful Not In This Lifetime Tour continues to dominate the rock music world in 2018 and beyond with 13 stadium shows lined up across Europe, festival headline slots at Download Festival UK, Paris and Madrid, Italy’s Firenze Rocks and Belgium’s Graspop Metal Meeting. They are also playing 7 dates across Indonesia, The Philippines, Malaysia, Taiwan, Hong Kong and Abu Dhabi.

Produced by Live Nation, the first European leg of the Not In This Lifetime Tour sold over 1 million tickets in 2017 to their widespread fan base, becoming the year’s most successful tour and proving beyond a doubt that the attitude, spirit and influence of both Guns N’ Roses and the rock & roll genre are as strong as ever. Since it kicked off in 2016, the Not In This Lifetime Tour has performed an exhilarating 149 shows to over 5,200,000 fans around the world.

Witness the performance by one of the greatest bands of all time from on of our premium hospitality facilities. Book now  at https://belugahospitality.co.za/event/guns-n-roses-not-in-this-lifetime-tour-2018/ and let the timeless legends rock your world