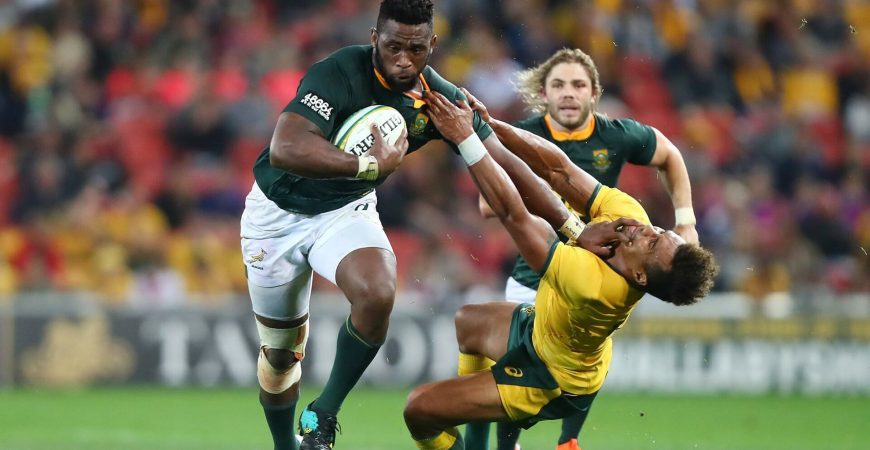 Speed will be key when the Springboks line up against the Wallabies in the Rugby Championship opener. On Monday, assistant coach Matt Proudfoot spoke at length about how the Boks have gone about their business in training over the past few weeks in Johannesburg. I bumped into a couple of Bok players at the team hotel after the official media conference.

They also highlighted the intensity of the sessions and the desire to put the new plan into action. Like every big side, the Boks have come together to plan and prepare for a season that will climax at the World Cup in Japan. The result of their recent training sessions, however, may well be evident when they host the Wallabies at Ellis Park.Very little has separated the two teams in recent years as far as the scoreline is concerned. It’s also no secret that the Wallabies favour a high-tempo, ball-in-hand approach.

‘If you look back at the last three years, there have been some very tight contests between Australia and South Africa,’ noted Proudfoot. ‘There’s also been a high ball-in-play component, and it’s probably one of the highest ball-in-play games we play in a season.

They’re a very fit side. I suspect that was part of their planning, to utilise this time in South Africa as a preseason camp, and to gain an advantage of training at altitude. So, they’ve been very wise in that. But then again, so have we. We’ve spent four weeks up here. We’ve got a plan and we’re looking to implement that plan.’

Whether the Boks will attempt to match the Wallabies for speed and tempo remains to be seen. It’s believed that the likes of Rynhardt Elstadt and Francois Louw may start in the back row as players who are more celebrated for breakdown brilliance and physicality than speed. The Boks may attempt to stifle and frustrate the Wallabies. However the contest pans out, the Bok coaches will get some answers ahead of the World Cup.

Book your VIP Suite Hospitality packages for the Emirates Airline Park test match as the Springboks take on the Wallabies. We will also be joined by special guest speaker, Schalk Burger, at our Beluga VIP Grandstand Halfway Line Lounge.