The Story of the Soweto Derby

Beluga Hospitality › New Events › The Story of the Soweto Derby 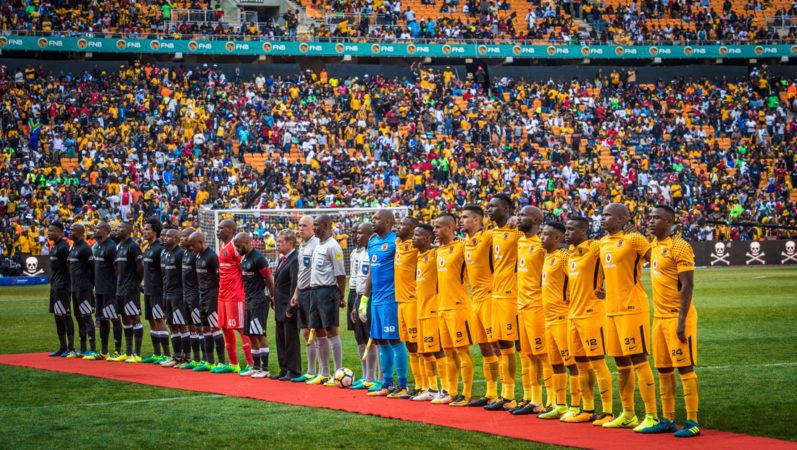 The Soweto Derby between Kaizer Chiefs and Orlando Pirates is the one fixture on the South African football calendar that brings the country to a standstill, as fans prepare to fill the 94 000-seater Soccer City stadium for the latest chapter in the rivals' rich history.

Saturday's game will be the 162nd instalment of rivalry, and will be no less eagerly anticipated than usual despite it being the first time the two sides have met since tragedy marred their last clash just under three months ago.

For all its glamour and jolly atmosphere, this is a fixture over which the pall of tragedy hangs heavy, both in recent times and in the nearly five decades during which it has been played. In July, two fans were killed and 19 injured in a crush at the gates as they tried to gain entry to the pre-season Carling Black Label Champion Cup meeting between the two.

A total of 86 people have died at the sides' stadia in three separate editions of the fixture, and the loss of human lives hovers like a spectre, robbing the fixture of its true lustre, even as local authorities announced plans to investigate the most recent deaths. This April marked 16 years since the tragedy at Ellis Park, where 43 people died in a crush as tens of thousands tried to break through barriers to get into a stadium that was already full.

A commission, chaired by Justice Bernard Ngoepe, investigated the carnage at the stadium in Johannesburg and produced a report that ran to 130 pages, but concluded it did not have the authority to recommend any criminal proceedings. As such, home side Kaizer Chiefs' Ellis Park management, who it was found argued with Amakhosi over the security arrangements, and other stakeholders, like the police, were never held to real account.

It could be argued that authorities failed to see the warning signs. Just months before the Ellis Park tragedy, police had shot at unruly supporters at Soccer City as fans became frustrated by the late sale of tickets on the day of the game, and the lack of an adequate number of cashiers to deal with the flood of supporters.

The other major tragedy involving the two clubs happened 10 years earlier in Orkney. A total of 42 fans died in the stands at the Harry Oppenheimer Stadium when one set of supporters began pelting another with objects and set off a stampede with disastrous consequences.

This time it was Pirates who got the blame. Their fans were angry with a refereeing decision, throwing projectiles at opposing supporters and then rushing at them. It was a pre-season friendly, set up in the provinces to make money from a soccer-hungry mining community, and again the lack of foresight went unpunished. There was no judicial inquiry in 1991 but rather an investigation that football authorities themselves instituted, which delivered four excruciatingly obvious procedural points for future games. One of them - that stairwells and walkways be kept clear of spectators during matches - is still often ignored in the Premier Soccer League.

In all, five matches between Chiefs and Pirates have been abandoned down the years for various reasons, and it took just eight games into their rivalry for the mayhem to start. In the first leg of the Champion of Champions final in 1972, pitch invasions marred the fixture. Police dogs were needed to chase spectators from the field as missiles were also thrown and injuries reported.

In May that year, English guest referee Norman Burtenshaw had to flee for his life as fans rioted at the end of a 2-1 win for Chiefs in a league fixture; a game in which he was also struck by a beer can thrown from the stands. One fan, Selby Masemola, was stabbed to death after the fixture and another 27 injured.

The 1974 BP Top Eight Cup semi final between the clubs was abandoned after a crowd invasion as fans protested Chiefs' disallowed goal in 78th minute. A riot, both inside and outside the venue, followed the easy 7-1 aggregate win for Chiefs in the 1975 Champion of Champions final. A year later, in the same tournament, the situation was reversed as Chiefs fans brought a premature end to the match when Pirates were leading.

In 1979, top English referee Alan Robinson made his debut as a guest official in South African soccer and raised the ire of the Pirates supporters. He subsequently required a massive police escort both at half-time and at the end of the match to leave the field safely.

The interval lasted 40 minutes as irate Pirates fans tried to get at the referee and his linesmen, Lenny Fine and Joe Saitowitz. Further incidents occurred in 1980, 1982 and 1985 that included a stabbing and an attack on an assistant referee. With Chiefs and Pirates such massive brands in the context of South African sport, even as far back as the early 1970s, there has been a seeming unwillingness from authorities to bring them to book down the years.

On the 3rd of March 2018, another 90 000 fans will come together in Soweto for the latest instalment, and one can only hope that the headlines afterwards will focus on the action on the pitch.

To experience on the fiercest soccer derbies in Africa Contact Grant Wilson on 082 466 4122 or bookings@belugahospitality.co.za to book your VIP hospitality packages!