South Africa's AB de Villiers has been ruled out 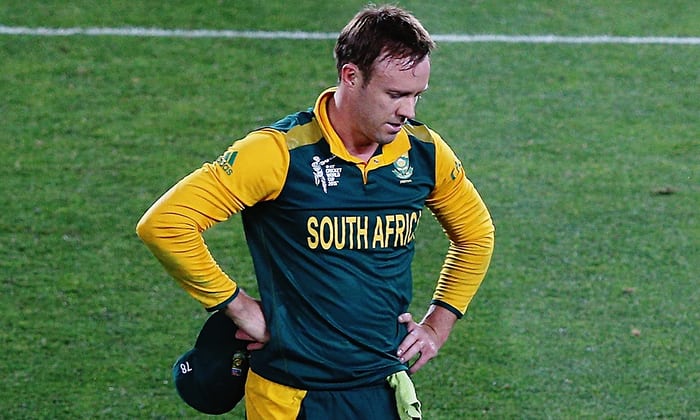 South Africa's AB de Villiers has been ruled out of the first three one-day internationals against India because of injury.

De Villiers sustained a bruised finger while trying to take a catch in the Proteas' third-Test defeat, in Johannesburg. The injury means he will miss Thursday's match in Durban as well as the games at Pretoria and Cape Town.

South Africa begin the series top of the ODI rankings but lead India by only a solitary point, meaning the teams could swap positions in the table on a match-by-match basis. Coach Ottis Gibson says, however, that his priority is putting in place a strategy that will lead to success in the 2019 ICC World Cup.

"We're the number one team at the moment but that doesn't mean a lot leading up to a World Cup," said Gibson.

"Winning isn't the be-all and end-all at this stage. There is a fine line and we will try and ensure that whatever team we pick has an equal chance of winning but we have a goal and a vision leading up to the World Cup and we want to expose as many players as possible."

India, meanwhile, will look to the recent example of England's ODI team in Australia, where the tourists overturned a Test series defeat with an emphatic 50-over triumph. India, too, have selected a large squad, with only eight of nine of their 17 players having played in the Test series as opposed to South African's nine.