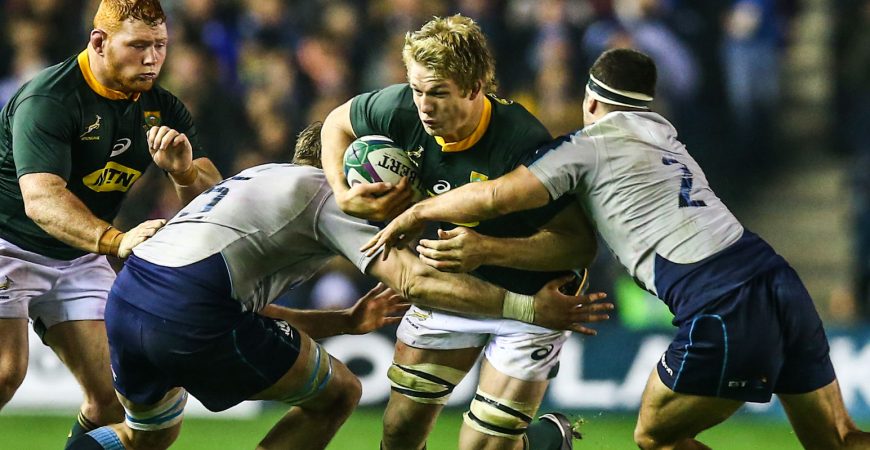 Newly-crowned World Champions the Springboks will play two Tests against the Scots - on July 4 and 11 - before facing Georgia the following weekend on July 18.

The 4th of July will see the Scots coming to DHL Newlands for a farewell to the Test venue as this is the final International match to be played at this historic ground. The teams then move on to Jonsson Kings park for the clash on the 11th of July. It will be Scotland's first visit to South Africa since June 2014, when they were thumped 55-6 by the Boks in Port Elizabeth. Overall, the Springboks have won 22 Tests against Scotland and lost five. The Springboks currently top the World Rugby rankings, while Scotland are ninth.

Join Beluga Hospitality in one of our VIP hospitality facilities for this highly anticipated clash between Scotland and South Africa.