Kagiso Rabada is the new World No 1 bowler in Test cricket! 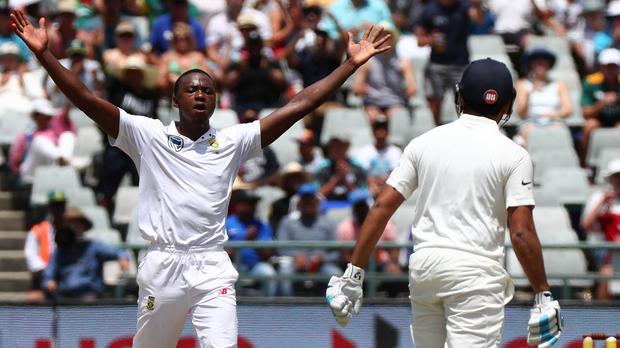 The 22-year-old paceman gained five points to move to the No 1 spot on the ICC Test bowling rankings on Tuesday following the Proteas’ 72-run win over India at Newlands.

Rabada claimed 3/34 and 2/41 in the thrilling opening Test of the series, which saw South Africa produce a sensational comeback on Monday after being bowled out for just 130 in their second innings.The 22-year-old Rabada moved past England’s Jimmy Anderson, who dropped five ranking points after the defeat to Australia in the final Ashes Test in Sydney.

“It’s special to be ranked as the number-one Test bowler in the world. It is a surreal feeling. It’s what you dream of achieving when you start playing the game,” Rabada said in an ICC statement on Tuesday.

“Cricket is ultimately a team sport and I’m thankful for the support from my team mates. It’s a great start to the year personally and for us as a team. Hopefully we can continue putting in winning performances.”

The ICC said that Philander is the seventh South African to top the rankings after Aubrey Faulkner, Hugh Tayfield, Peter Pollock, Shaun Pollock, Dale Steyn and Vernon Philander, who was the Man of the Match at Newlands. Philander moved up from 12th to sixth in the Test rankings after his career-best figures of 6/42 in the second innings, and a match-haul of 9/75.