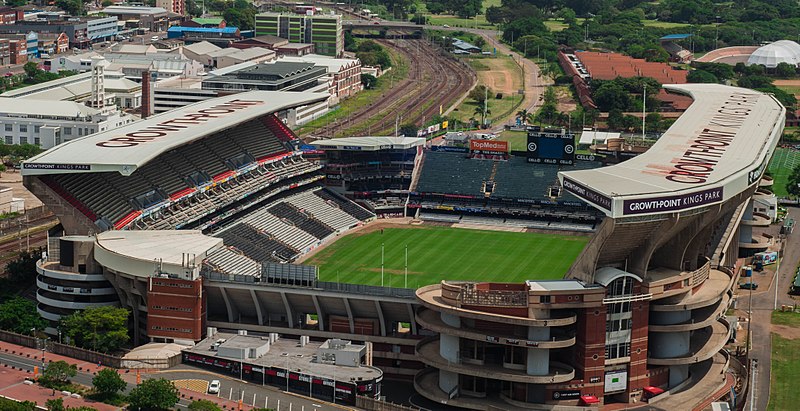 Kings Park, known for sponsorship reasons as Jonsson Kings Park Stadium, lies in the Kings Park Sporting Precinct in Durban, South Africa. It may have had several sponsorship titles over the years, but as the home ground of The Sharks rugby team, no title is as famous or memorable as “The Shark Tank"

The Shark Tank was officially opened in 1958 by Danie Craven, the President of SA Rugby Board, with a capacity crowd of 12 000. During the same year, the stadium underwent further developments, increasing its capacity to as many as 25 000 spectators. In 1976 the first renovations were done for a test between the All Blacks and Springboks, extending the stadium to a capacity of 44 000.