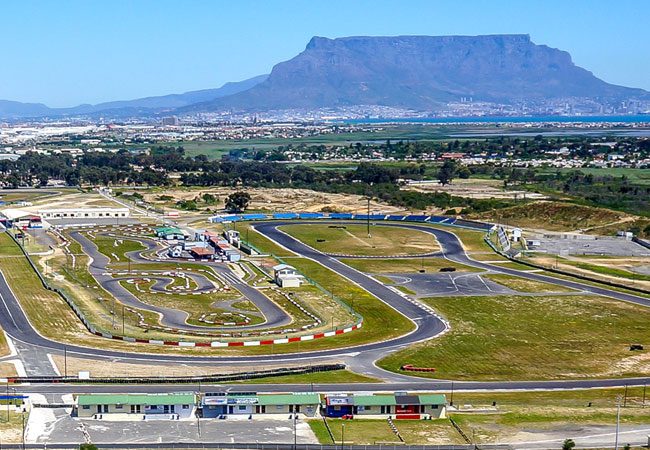 In 1959/60 the track was upgraded and rebuilt to conform to the required FIA standard for the 1500 cc Formula One cars of the time. The design was entrusted to Edgar Hoal, a leading racing driver and roads engineer, who also supervised its construction.

The Western Cape then had its first taste of international Formula One racing when the non-championship Cape Grand Prix was held at Killarney on 1 January 1960, and was won by Stirling Moss in a Porsche. Since then the complex has grown to include every facet of circuit motorsport. So much so that Killarney currently hosts all forms of main circuit racing, as well as motocross, karting, super motards, stock cars and drag racing.