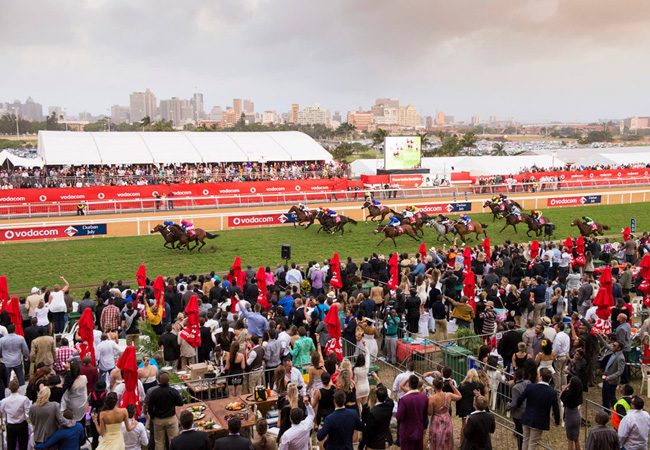 Greyville Racecourse is a Thoroughbred horse race track in Durban, KwaZulu-Natal, South Africa. The 2,800 metre pear-shaped turf track consists of several gradient features: it is run uphill from the 2,400 metre mark to the 1,800 metre mark, after which it slopes gently downward for approximately the next 800 metres then uphill again into the nearly flat 500 metre homestretch. A 2,000 metre all-weather "Polytrack" was constructed inside the existing turf track in 2014 with the first races held in June that year. The track's infield holds the Royal Durban Golf Club's Championship golf course. Greyville Racecourse is host to the prestigious Durban July Handicap and in August, the Greyville Gold Cup, both Group Oneraces that annually draw the best horses from around the country.