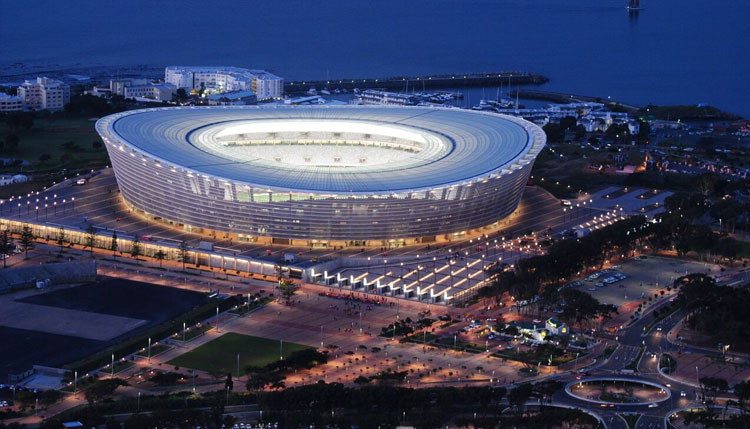 The Cape Town Stadium in Cape Town, South Africa is a stadium that was built for the 2010 FIFA World Cup. During the planning stage,

it was known as the Green Point Stadium, which was the name of the previous stadium on the site, and this name was also used frequently